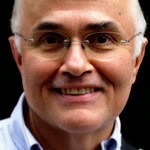 When the Indiana State legislature passed the Religious Freedom Restoration Act in late March of 2015, and Governor Pence signed it, they had no idea the political firestorm that their actions would cause.  Social justice groups throughout the country saw this legislation as a way to use religious belief, ambiguously defined, as an excuse by some businesses to refuse to serve someone if doing so would “substantially burden” their deeply held religious beliefs.

In the context of the legal struggle around marriage equality, it has been federal courts, including the Seventh Circuit Court of Appeals which is responsible for Indiana, striking down as unconstitutional state ‘defense of marriage’ laws which prohibited same sex couples from marrying.  As a nation we await arguments before the US Supreme Court this month and the Court’s decision that will most likely be issued in late June. The question that the Court has charged the attorneys with arguing is whether there is a constitutional right to same sex marriage under the 14th amendment.

Such laws are full of ambiguities and difficulties. Different actors and actions would burden a person’s “religious beliefs” if they were a Unitarian Universalist, a progressive Reform Jew, a member of the United Church of Christ or the Society of Friends (Quaker) than if they were a member of fundamentalist nondenominational Christian Church.  Often laws like this assume that religious individuals are conservative, Christian, biblical literalists who oppose same sex marriage and a woman’s right to choose.

And what about individuals who profess a progressive religious faith that is burdened daily by racial and gender discrimination, governmental cuts in our social safety net programs, and by an economic system that is dramatically unequal?  Religious individuals and the values they hold encompass a wide range.  In the sphere of religion, government has no business in choosing those whose values will be supported and those whose values will be ignored or suppressed.

America has a long history of the separation of church / religion and the state.  Both church and state suffer from entanglement. While freedom of religion allows you and me to affirm particular religious values, it does not allow either of us to enshrine our beliefs into law.  Particularly if doing so would discriminate against other individuals.    Many political pundits see the Indiana law, and similar bills in Arkansas, Georgia, and a number of other states, as concessions to the political far right.
As we have seen since Governor Pence signed SB-568 into law, no one is happy with these laws. Most prominently, not only are LBGBTQ advovacy groups showing their displeasure but so are large businesses like Apple, sporting groups like NASCAR, church groups like the Disciples of Christ, and even Angie’s List.  Discrimination of any sort is bad for business. It is bad for communities and states and nations. It is bad for America.  And discrimination is particularly bad for churches and other religious organizations.

As some commentators point out, discrimination of all sorts have employed the rhetoric of religious freedom.  Wake Forest Law Professor Michael Kent Curtis found that “many segregationists justified racial bigotry on the very same grounds that religious conservatives now hope to justify anti-gay animus. In the words of one professor at a prominent Mississippi Baptist institution, “our Southern segregation way is the Christian way . . . . [God] was the original segregationist.” [1] When twenty-first century religion builds on a history of discrimination in America and allies itself with politicians from the right, more and more Americans will come to the conclusion that organized religion is more about discrimination and hate than love and justice. That is NOT a comfortable place for Americans in 2015. Religious leaders and individuals of all faith traditions need to offer dignity to everyone; to embrace those who society casts to its margins; and to strive for a world of equality where the ugliness of discrimination is something to read about in a history book, not to create in our communities and our nation today.

[1] Michael Kent Curtis, A Unique Religious Exemption From Antidiscrimination Laws in the Case of Gays? Putting the Call for Exemptions for Those Who Discriminate Against Married or Marrying Gays in Context, Wake Forest Law Review, 2012, http://wakeforestlawreview.com/2012/04/a-unique-religious-exemption-from-antidiscrimination-laws-in-the-case-of-gays-putting-the-call-for-exemptions-for-those-who-discriminate-against-married-or-marrying-gays-in-context/

Edwin J. Greenlee is a student in the D.Min. program at The New Seminary and co-editor with Rev. Nathan C. Walker of Whose God Rules?  Is the United States a Secular Nation or a Theolegal Democracy published by Plagrave/McMillan. He is a member of the First Unitarian Church of Philadelphia. With a law degree, and an academic background in social science, Ed is particularly interested in questions of religion and the state in the contemporary US.